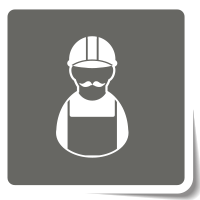 Plumbing woes are some of the things that most homeowners fear. Unfortunately, plumbing problems are unavoidable. But did you know that re-piping could help resolve those problems? If your home is several decades old now, and you haven't updated its piping system, you may need to replace the pipes. It's good to know that re-piping can help correct a lot of plumbing problems in your home.

However, re-piping isn't something you can do yourself, especially if you have no plumbing skills. In this case, contact a plumber to re-pipe your home because they know how to cut into the walls to make re-piping easier. Here are three plumbing problems that re-piping can help you prevent.

If you have been experiencing constant leaks in your home, some of the pipes could be damaged or cracked. Leaks are terrible in many ways. Besides causing water damage to your property, they also hike up your water bills. Unfortunately, some of the leaking pipes could be underground or inside the walls.

If this is the situation in your home, contact a plumbing service provider to re-pipe your house. If a pipe is leaking from one point, it's likely to leak from a different point later, meaning you may have to deal with constant leaks for many days. Luckily, re-piping doesn't just fix the leaks, but it also helps save a lot of money.

The water pressure in your plumbing system should be stable and constant. If it fluctuates too often, something is wrong with your pipes. The pressure reduces as the pipes get old, slowing down the flow. The water pressure could also decrease due to the buildup in the pipes. Most people don't know that any buildup makes the pipes narrower and eventually stops the water flow.

Don't underestimate the rust because it shows the pipes are corroded from inside. Using chemicals to clear the rust won't help. The best thing to do is getting a plumber to replace the weak, old, and corroded pipes around your home.